Long after the purge of Earth, humanity holds the pieces of its destroyed culture tightly. Now, on the brink of extinction, with no home to return to, humanity must redefine itself. Though they need not start from scratch. They have a piece of Old Earth that could never be destroyed or taken away. They have the glory and the pride of the old world to help shape their future.

Much like in Old Fútbol, two teams (Barcenova and Space Brazil) are competing to get the ball into the goal. However, humanity abandoned terrestrial life generations ago. Small planetoids and a sun lie in the field of play, making it necessary to adapt to the changing forces. The result is a slidey, desperate, inertia-guided shoutfest masquerading as a minimalist sports game.

Fútbol Forever was commissioned by Death By Audio Arcade to be built into an arcade cabinet and added to their collection or traveling indie games. This collection has been exhibited at many galleries and events including the Smithsonian American Art Museum and World Maker Faire.

I became a board member of Death By Audio Arcade and helped run a $100,000 Kickstarter campaign to open a permanent gallery space/bar called Wonderville, where Fútbol Forever has found its forever home. 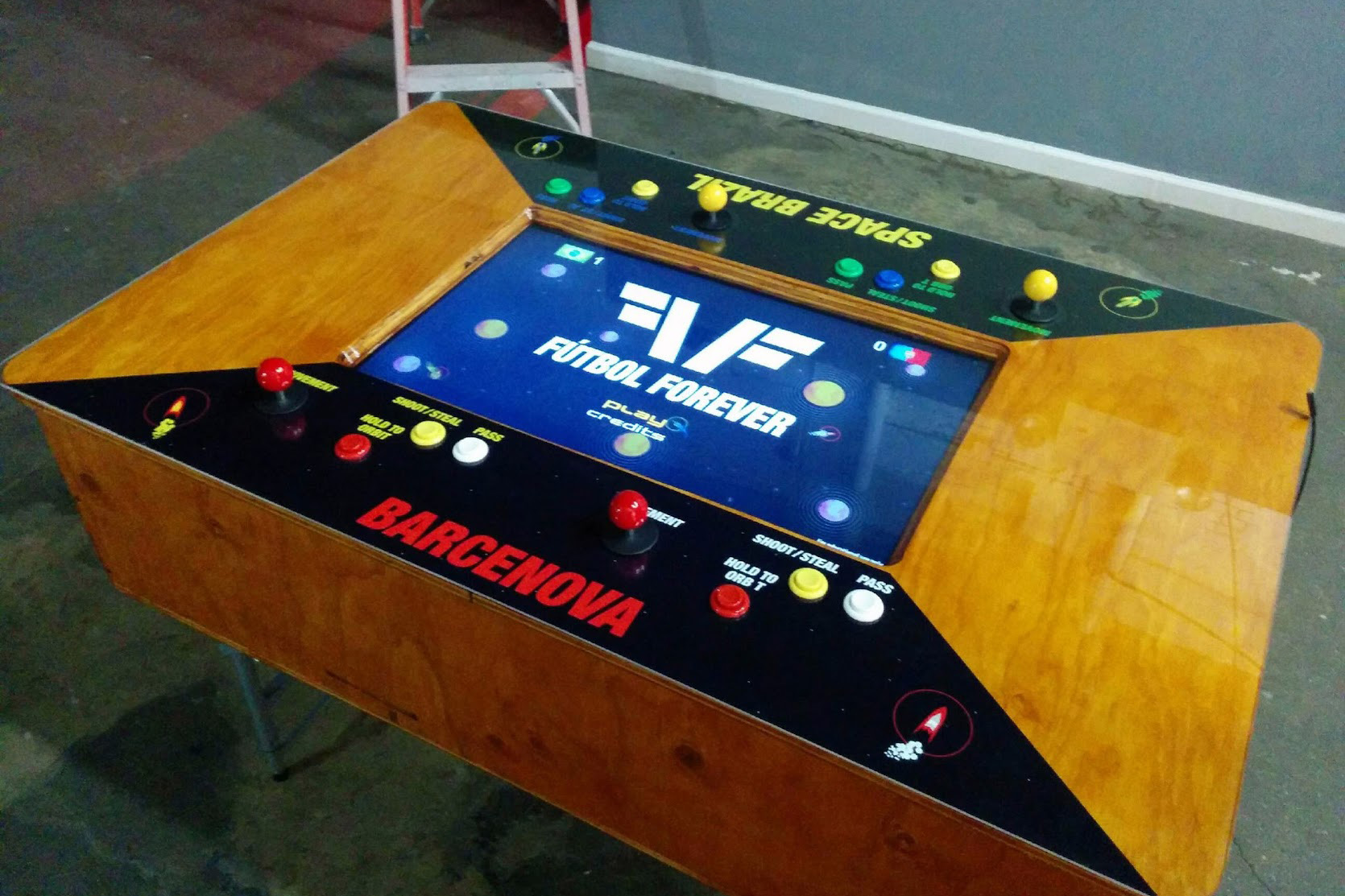 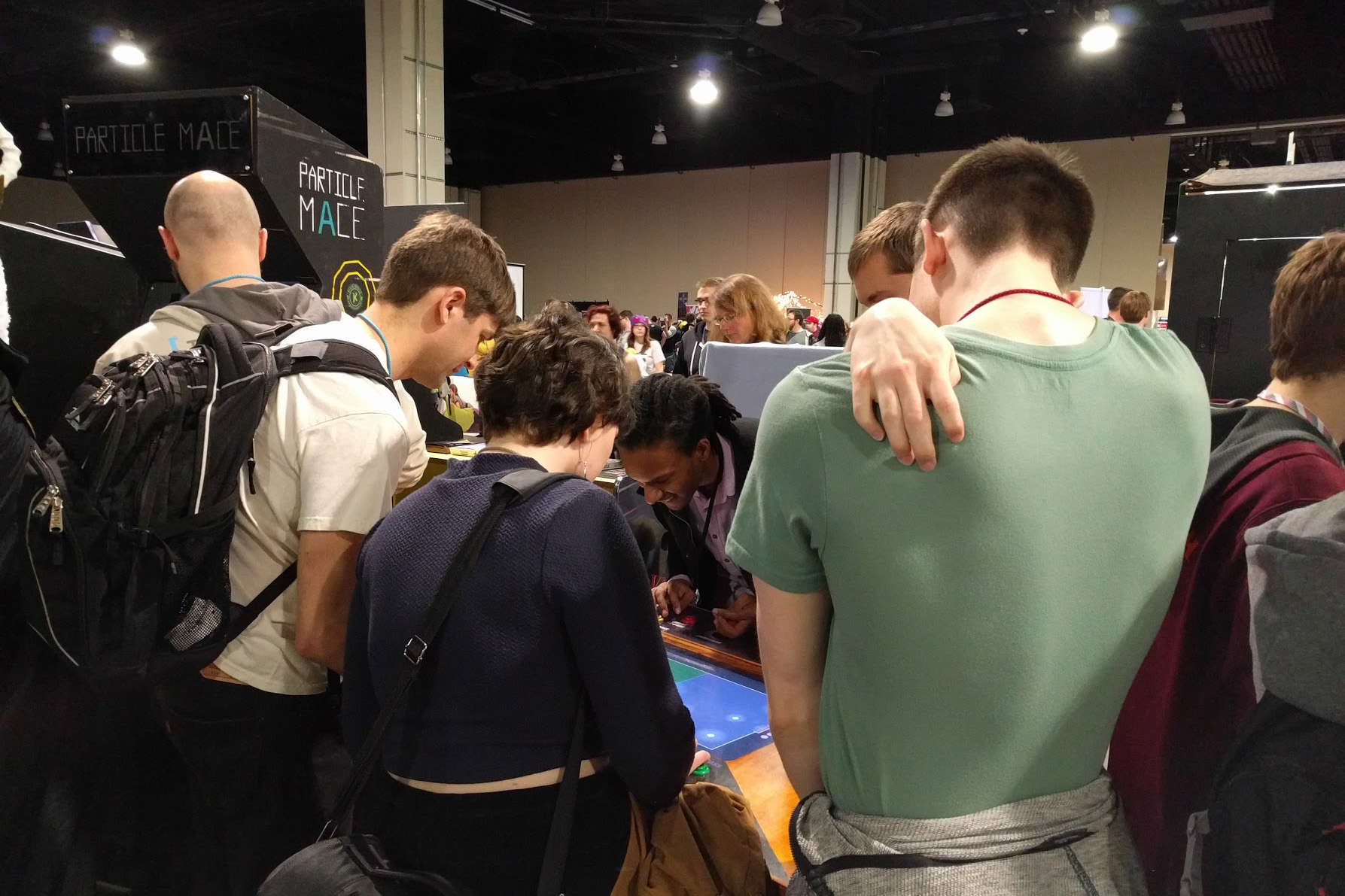